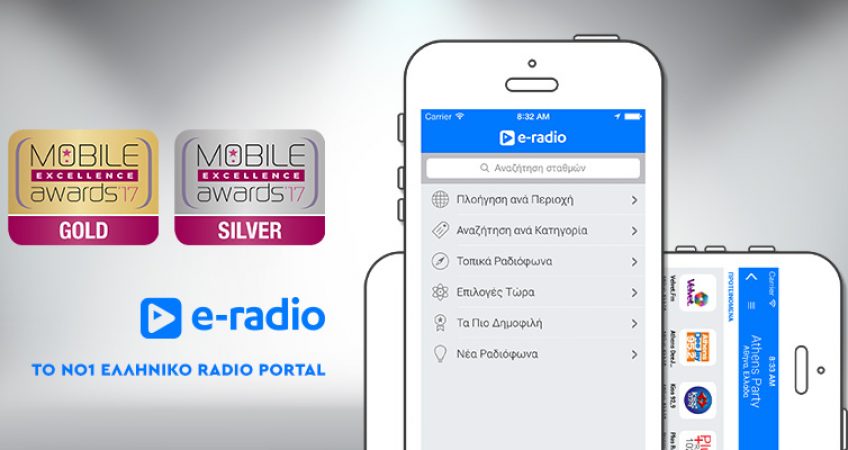 E-Radio app, in its first ever participation at the Mobile Excellence Awards, has won 2 awards including the Best Music and the Most Usable app for 2017.
Two distinctions that reward the overall presence of E-Radio app based on it’s content, innovation, and usability, confirming the reasons that led 700,000 users to dowload it on their mobile devices

The Gold Award dinstiction in “Music & Performance” category, is a major reward for E-Radio app the only Greek radio portal available on all mobile devices and platforms (iOS, Android, Windows, Amazon), a unique feature for both the Greek and European marketplace. Our app remains one of the most popular Greek applications, even in comparison with major international competitors because ot its unique competitive advantages.
Through E-Radio’s mobile application, users have the ability to access the best Greek radios by browsing an always updated radio list that includes active links and user friendly archiving designed for the Greek user.

Our second distinction is probably in one of the most important award categories.The simple and straightforward philosophy of the E-Radio app has earned us a second place in the Mobile App Usability category.
The overall design typically follows E-Radio’s branding, placing as a high priority the needs of the mobile user in order for him to find in just 1-2 steps exactly what he wants between a large amount of information.

Made with in Greece.